I use Backblaze as the service for backing up my Mac desktop online. Recently, I got a notification from Backblaze saying that my computer was low on disk space. My computer still had 100 GB of free space, so what triggered the notification? This help article provided a hint:

If your computer’s system hard drive has less than 1.1 times the size of the largest file scheduled to be backed up left in free space, Backblaze will not back up that file and alert the user.

Was there a file I created lately that was large enough to bring up the alert? I started using Docker Desktop on my computer last month, and I remember from past experience that the Docker disk image can be tens of gigabytes large. I wasn’t that difficult of an investigation.

A blog post by Alex Chan provides a programmatic way of excluding the Docker.raw file and other resources from your Backblaze backups. However, I’ll provide a more straightfoward way of making this exclusion. 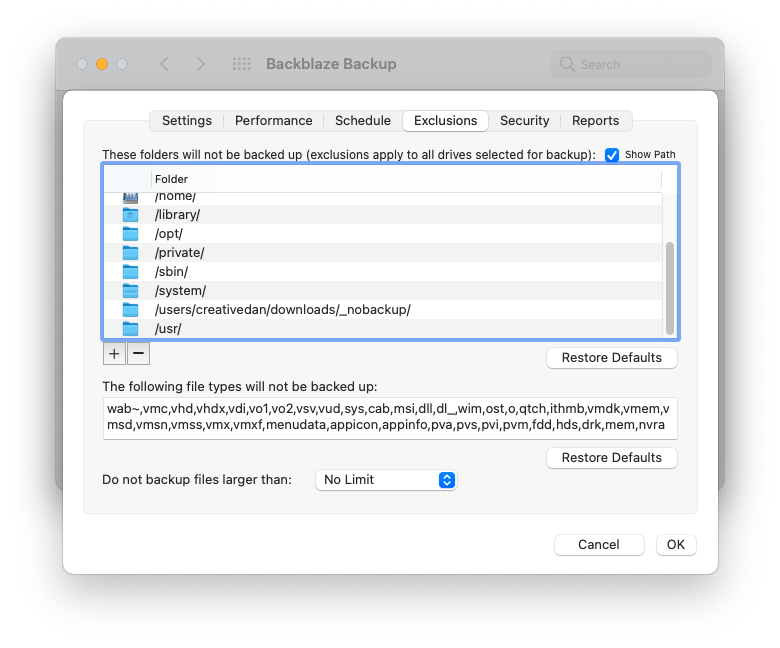 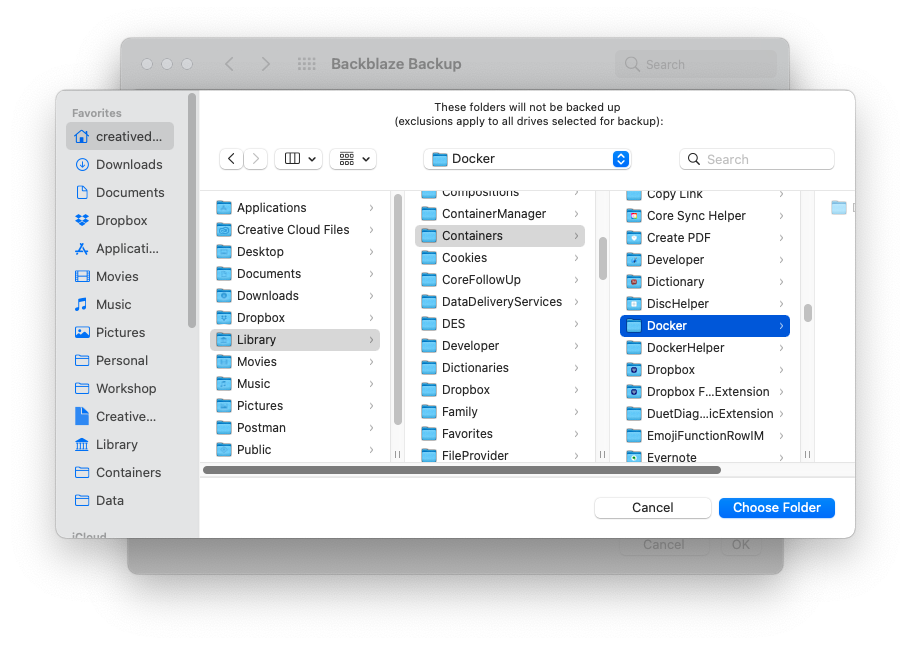 FYI, under the hood the folder is located at ~/library/containers/com.docker.docker 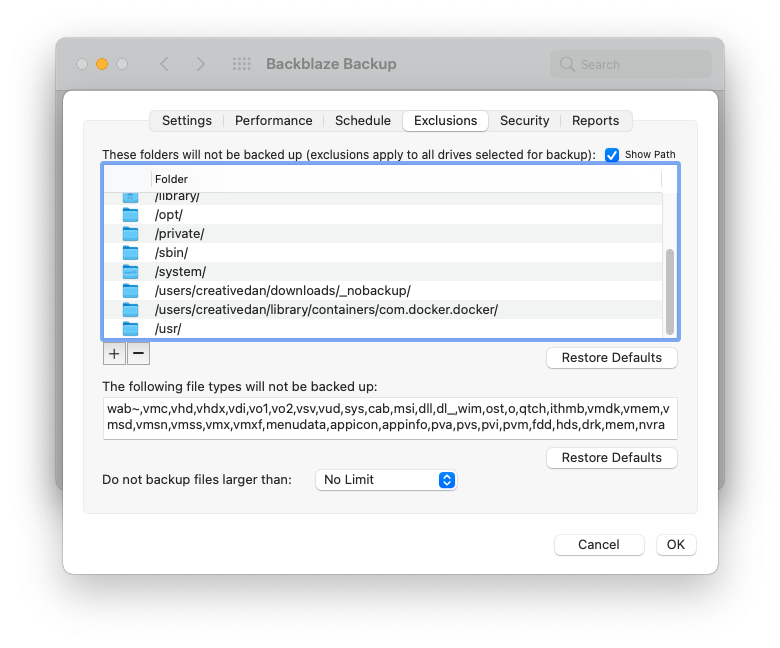 The applications I run on Docker are built from public images and configurations I’ve written - with the intention of demolishing and rebuilding an application easily - so there’s no need to back up the contents of this environment. By setting up the exclusion, there’s much less data that needs to be sent over to Backblaze and Docker is no longer looked at when calculating available space. I hope this tip has helped you as well.