After reminiscing on a dark moment in my life, I want to take a change of pace and celebrate a different part of my career. The very beginning.

On March 10, 2011 I began my first internship at an iOS app company called One Hundred Robots. This means that as of the time of this writing I’ve been developing software for ten years.

I need to spend a minute to explain why this milestone means a lot to me. While a startup I worked for was raising funds the company made an infamous slide in our pitch deck that said that I had eight years of engineering experience. In reality the startup was my first full-time job, but after our CTO left I was the only engineer left on the team and we couldn’t say that this was my first work experience. So, we backdated the beginning of my career to my freshman year in college.

It wasn’t just the stretching of the facts that irked me. I was ashamed of my undergrad years due to all the missteps I made. I took a course developing a web application in .NET and ended up with a D because couldn’t understand any of the material. I volunteered to help the local FIRST robotics team, and did nothing but drink Red Bull from the lab’s fridge the whole time. For my engineering capstone project I spent three months trying to get a drill motor to work and had to get a teammate to bail me out.

I dual majored in computer engineering and psychology and to earn the degree all I had to do write a thesis. But during senior year I was busy with my job search (this was 2009, mind you) and dealing with other personal issues. My paper was bad, and I was given the choice between redoing my thesis and dropping my psychology major just to graduate. I chose the latter.

By the way, how did that job search go? I got rejections from most companies but I did get a job offer from a company called Infosys. To everyone’s surprise I turned it down. Maybe I’ll elaborate on that decision later this year, probably in November.

After taking a year off, I attended the computer science graduate program at NYU. Unfortunately, that wasn’t the life-changing experience I hoped it would be. Sure, I did well in class but that did not improve my career prospects. My classmates and I visited Morgan Stanley and thought it would be a good place of work, only to miss the application deadline. I also applied to Bloomberg ten times, only to get rejected each time. Somehow success in the classroom didn’t translate well into job prospects.

Ending up at One Hundred Robots was an absolute fluke. After seeing their internship listing on NYU’s job site, I sent them my resume, went on an I interview, and got an offer shortly afterwards. It was the easiest application process ever. Perhaps it was because they were an offshoot of a print media company and didn’t know what to look for; maybe it was because I was the only person who applied. But given how bad my track record was I wasn’t going to let this opportunity go to waste.

I wasn’t a fan of Apple at time, not even close. I was very much in the mindset of “Linux best, Windows garbage, Mac crap” in those years. But I had to change my attitude quickly if I wanted to do my job. If it wasn’t for the iPhone I wouldn’t have had a career.

This was my first time using a Mac, let alone code an iPhone app. I remember the first things I had to learn were what that squiggly square thing was on the keyboard and why Ctrl-c, Ctrl-v doesn’t copy and paste. But I quickly got the hang of it and got up to speed with Xcode, Objective-C, and UIKit.

The first app I worked on was the company’s adaptation of Cinderella on the iPhone. The app was mostly done by the time I arrived so I worked the “extra features” section of the app, including a card matching game. I created something that people actually used! 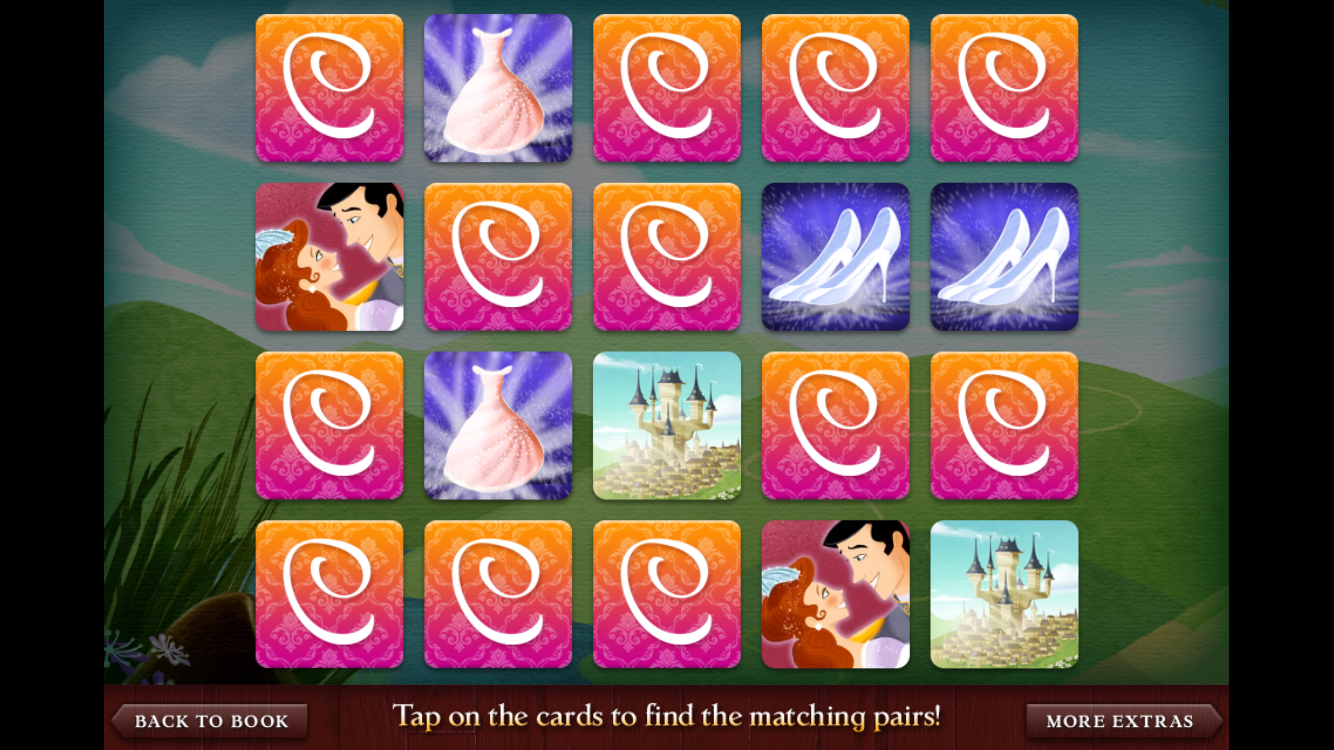 The other app I worked on was an adaptation of the children’s book Hildegard Sings. What made this project special was that Thomas Wharton, the head of the company, was also the author of the book. Additionally, the app was released twenty years after the book was first published, making it an anniversary of sorts. Hildegard was more interactive than Cinderella and I had to learn two new technologies, Lua and Cocos2D, to bring each page to life. It probably was overkill adding a physics engine to a book about a singing hippo, but it was fun making it.

This was just the beginning. Over the next decade I interned at a major game company, worked with some big brands, and helped build a startup. I can now say I reached the milestone for real. My time at One Hundred Robots changed my life for the better, and I’m grateful for receiving the opportunity.