Welcome 2021! In lieu of a New Year’s Resolution I want to spend time to reflect on the course my life has taken and explore how I could’ve handled situations better. Over the next few weeks I’ll go over one mistake I made each of the past five years that hurt my career or other aspects of my life. I’ll describe what led me to the incident, how it affected me in the short term, and how it impacted me in the long run.

Posts in this series:

I almost started a business, and my mistake wasn’t abandoning it but rather pursuing it to begin with. So…why was this a bad thing?

I’m an ideas guy. No, not an entrepreneur. At least those guys go out and put their ideas to the test. I just come up with random things, and then they fizzle away when I dismiss them for being too hard. Some of my ideas are completely off the rails, like a mining company that reclaims recyclable materials from landfills, or a parody of the musical Hamilton based on the 2015 New York Mets.

Sometimes my idea has a bit more substance behind it. Years ago I planned on starting a sports bar in Long Island City. There weren’t any Mets-themed venues in the neighborhood at the time, and I wanted to build something that was friendly toward the artsy crowd as well. The location would be near one of the 7 Train stops, making it a popular destination before and after Mets games. I binged a few baseball podcasts in 2017, so I also wanted a venue for featuring various online personalities.

The name? Craft62, named after my friends’ love for craft beer and a nod to 1962, the year the Mets were founded.

I floated the idea by Matt, who was my college roommate for a couple of years and an even bigger Mets fan than myself. He was the one responsible for getting our group of friends together and for driving us around the Capital District during our undergrad. He helped me when I was at various low points in my life. We kept in touch over the years, organizing trips to Citi Field every now and then. It goes without saying I owe him a lot.

Matt was screwed over by his previous job. He transferred to a department in Pittsburgh thinking it was a promotion, but all it did was reset his timeline for seniority and benefits. Matt had to deal with terrible coworkers, a bad working environment, and an increasingly difficult commute. He wanted to move to New York to start anew and to finally live near his hometeam.

Matt was curious to see what kind of career he could have in NYC. His background was in thermodynamics, and there weren’t many positions in his line of work in the city. I suggested he could explore other kinds of opportunities and I told him about Craft62. Matt visited me one weekend and we wrote a business plan, complete with an outline of the current market and our estimated costs and revenue. We also took a stroll in Long Island City to look at potential spaces. 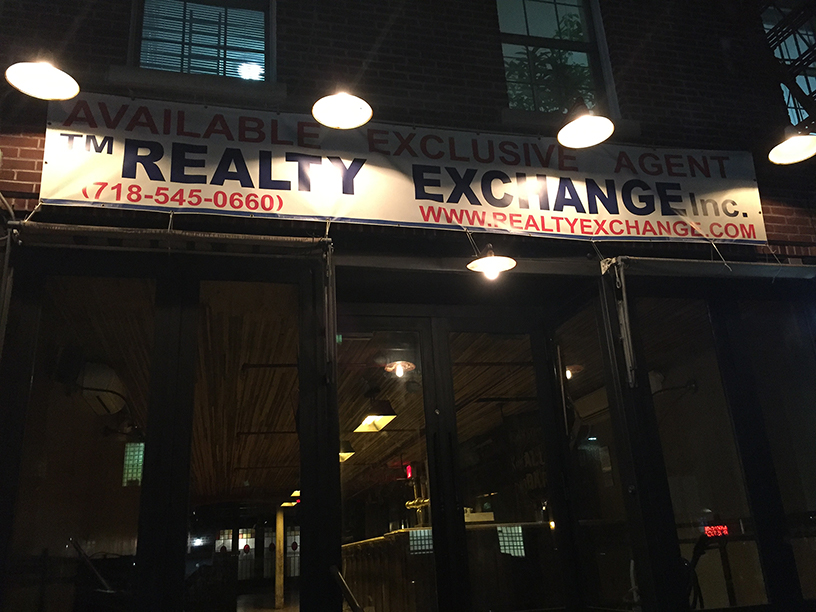 Years later I found out this spot became a Sweet Chick, so it turned out alright in the end.

Matt wrote a questionnaire to see if our target demographic was interested in our bar. Here’s an excerpt describing what we wanted Craft62 to be like:

What sets Craft62 apart from other nearby bars?

In order to distinguish Craft62 from nearby bars in a saturated market, we will offer a unique atmosphere, unique cuisine, and unique events.

One of Craft62’s distinguishing features will be our event nights. Across the countries, MLB teams host various event nights to celebrate culture and diversity. We will do the same at Craft62. Recognizing that baseball fans will be able to attend these events down the road at CitiField, Craft62 will offer events which mirror the ones that are hosted at the ballpark which the Mets are visiting on given business day. Such events may include Pride Night, Hispanic Heritage Night, Jewish Heritage Night, and Jackie Robinson Day. These events may include event-specific food, drinks, music, and guests.

Finally, Craft62 will host Meetup events designed to reach out to the broader baseball community, namely fans who participate in the online MLB community. These events include hosting potential entertainers, writers, and artists, such as:

As the customer base continues to grow, so will the variety of features, cuisines, drinks, and events at Craft62.

After his visit, Matt quit his job and spent the next few months planning his move to New York. He was busy shopping for apartments and networking with people who could hire him, so we eventually stopped talking about Craft62. I started to have doubts about the bar so I was fortunate we didn’t go any further with the business.

Craft62 wasn’t worth the risk. Neither of us knew how to run a bar, and if we jumped in right away we would have to learn the ins and outs of the business the hard way. Who knew what kind of trouble we would run into, whether it be rowdy customers, conflicts between workers, or penalties from safety violations. One of my family friends was an attorney and I wanted to use him as my legal resource, but refused to help because he watched numerous businesses fail and he didn’t want us to go through that experience. But most importantly, it would’ve sucked to spend all those nights and burn tens of thousands of dollars just to have the bar bring in the wrong crowd and scare away the guests I wanted to host.

On Matt’s side, he moved to New York City the following year, job or no job. It took him a couple of years to find stable employment, and he burned through his savings during all that time. Perhaps he would’ve made the move regardless of my involvement, but I still gave him the inspiration to do so. I felt guilty for making my friend take this huge risk, and it’s not something I want to do again.

No matter how attractive an idea is, you have to let go of it if it isn’t attainable, especially if there is a lot at stake. Years later, I’ve developed a better sense of what I can and can’t commit to, and I’ve been more selective with what initiatives to work on. Most importantly, I’ll make sure not to drag my friends into anything if can’t back it up 100%.